How do the social media influence our beliefs?

We can easily acquire the meaning of media on the dictionary. It refers to Communication channels through which news, entertainment, education, data, or promotional messages are disseminated. In addition, media includes every broadcasting and narrowcasting medium such as newspapers, magazines, TV, radio, billboards, direct mail, telephone, fax, and internet. So media can be everywhere and people are overwhelmed by it.

Media, especially social media, has brought our life into a new period. Nowadays, when we want to listen to music from our favorite singers – go to YouTube. When we wake up in the morning, we don’t have to go outside to get the newspaper, just take our phone and scan on the Internet then we’ll acquire the information. Blog and Forum are also types of social media because they provide a platform for us to share our points of view about articles, pictures, videos etc… There is social media which allows us not only to share about our ideas, works and company, addresses, political views and religion, but also allow us find a job and makes friends. Everything just seems to be easier with social media.

However, do the social media just do goods, but do no harm? Here, many people will hold an opposite idea. Social media has been a part of a new marketing strategy and a platform of comparison, which has already betray its original intention—to serve the users. In such an atmosphere, our beliefs have been distorted. Therefore, “how can social media influence our beliefs?” leads us to a deep thinking.

Essena O’Neill, 18, said she was able to make an income from marketing products to her 612,000 followers on Instagram – “$2000AUD a post EASY”. However, she announced on the YouTube that she would quit the platform, describing it as “contrived perfection made to get attention”, and called for others to quit social media. Why? Many people may be confused by what she has done. Such a promising jobs, how can she abandon it so easily? But have we ever thought of what we saw is a fake? The web celebrities’ moments on the screen aren’t who they really are.

When Essena O’Neill was twelve, she admired a model who was famous on YouTube and had thousand millions followers. She looked at her, envied her and wished she was her. As a result, she google that how to shape a prefect body figure and put it into practice. And now she succeeds in getting the public’s views and being surrounded by fame, which thanks to the Instagram—social meida. But Essena O’Neill unveiled that she would limit her calorie intake and spend the whole day in editing the photos in order to present the photographs of slim and prefect models. As days went by, she earns more and more followers and gains many of advertising contracts. She is totally obsessed by all these stuffs and never be satisfied with what she has got. In one day, she found that she got lost on her life path. She declared that she just lived in the screen instead of real life during that time. And all things seemed no real. From the video, we can easily see that she was miserable and totally collapsed. Being on the screen is now not making her happy anymore.

Social media, such as Instagram, Facebook, Twitter, WeChat and Weibo, with its original intention to connect people is a good thing for the users. However, it has become a marketing strategy instead of that. It is, therefore, that it gives us an illusion that presenting our prefect figures or wonderful and luxury life etc. on the moment will bring us happiness, a sense of being value or even being surrounded by fame.

Under such an atmosphere, the occupation—web celebrities springs up. What’s more, many people admire them and begin to follow their dress and behavior. The slogan that I want to be web celebrity has risen. Since so many people are obsessed in this trend, businessmen capture this opportunity, so they ask the web celebrities to use their product and show them on the social media. Certainly, web celebrities will get paid.

By doing so, the businessmen can better promote their products and entice the users to buy their products. That is exactly what Essena has gone through. Fortunately, she is able to escape from such an illusion.

In fact, our original intention to use those social media is to make news friend or maintain relationship with old friends. But now most of us use it as stage to show off our possession, to compare to others, to prove themselves and to be gain value. Moreover, more and more people are involved in WeChat Business. They treat it as a platform to advertise and sell their product. Ironically, people who hate WeChat Business advertising on the moment are now in the WeChat Business. Does social media has magic to induce and distort our beliefs? I think so.

It is advisable to be with people in our real life rather than on the screen. Going outsides, hugging people and talking to people are real life. Living in the screen and wishing people would value you, hear you are insane. You don’t have to prove your life for it to be a good life on the social media; you don’t have to prove your body for you do feel beautiful; you don’t have to follow the web celebrities blindly, because those are faked. Go to a park, go to the beach, go to be a volunteer, go to café and walk you dog, are exactly what we can feel, sense and touch. It doesn’t ask you to against social sharing or even social media, but the current set of social media. Let’s do it and save our beliefs.

How modern media influence our beliefs 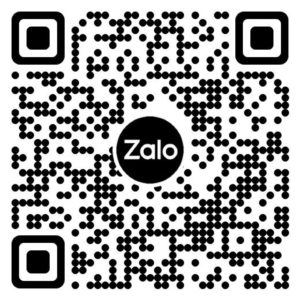